Statistics South Africa (Stats SA) and the South African National Biodiversity Institute (SANBI) are co-leading the national implementation of the  European Union-funded project Natural Capital Accounting and Valuation of Ecosystem Services (NCAVES) in South Africa, in collaboration with the Department of Environmental Affairs (DEA) and other national and sub-national stakeholders to further develop ecosystem accounts for South Africa.

The activities and related outputs of the project in South Africa include:

The project will compile and explore linkages of these accounts to national economic and demographic data, to show how and where people most depend, and impact, on nature.:

The purpose of the Land Accounts for Metropolitan Municipalities is to provide detailed data and insights into tracked changes in area under different types of land cover within South Africa’s metros over a defined time period, between 1990 and 2014, in response to economic and environmental drivers and can be used to inform the trajectory of development of various sectors in urban areas which are experiencing the greatest influx of people and the areas where the majority of economic activity is centered. The land accounts provide detailed critical information that captures the changing dynamics of land cover how these changes may impact on people, societies and economies

The objective of the work is to provide a standardised approach to summarising historical changes in the protected area network of South Africa. It also describes changes in land use and population in the areas surrounding the country’s national parks.

Species that are of conservation concern, charismatic, iconic or endemic may hold value to people around the world, beyond that which is captured in other accounts. Recognising this, species accounts may be particularly useful in informing policy makers of trends in these groups of species. In consultation with relevant stakeholders in South Africa, two groups were chosen to be used to trial species accounts in South Africa for fauna and flora, respectively: rhinoceroses and cycads. These were narrowed down on the basis of conservation importance and data availability.

The compilation of a comprehensive suite of experimental ecosystem services accounts in physical and monetary terms for the province of KwaZulu-Natal in South Africa has been published as a pilot study entitled  “Towards a method for accounting for ecosystem services and asset value: Pilot accounts for KwaZulu-Natal, South Africa, 2005-2011”.  These accounts will be used to produce scenario analyses. 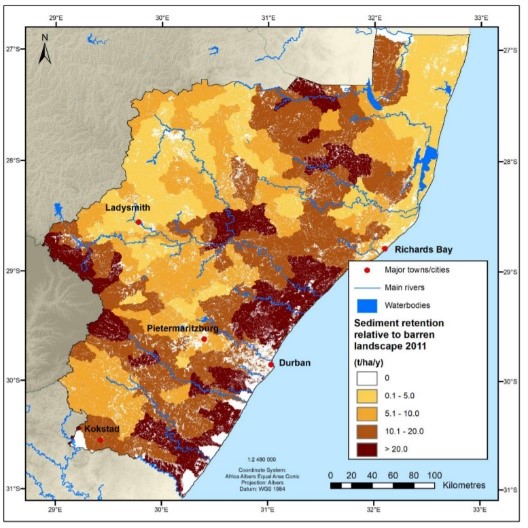 In addition, a ten-year strategy for advancing Natural Capital Accounting in South Africa is being developed in consultation with stakeholders on the basis of an assessment of activities and initiatives related to environmental-economic accounting The purpose of the strategy is to respond to the need to focus the efforts of Statistics South Africa (Stats SA) and other institutions engaged in NCA on developing priority natural capital accounts and effective statistical systems and institutional mechanisms to inform South Africa’s sustainable development policy objectives

The SEEA in South Africa

Under the project Advancing Natural Capital Accounting (ANCA), from 2014 to 2016, South Africa has also piloted accounts for river ecosystems using the SEEA framework. A key finding from the river accounts is that the ecological condition of South Africa’s rivers declined by 10% from 1999 to 2011. This information has helped inform the National Water and Sanitation Master Plan, developed by the Department of Water and Sanitation, which highlights the importance of maintaining the integrity of freshwater ecosystems as part of the water value chain. The accounts also have identified the areas where the decline in river health has been most pronounced so that solutions can be identified and targeted to better manage catchments and rivers to support economic and social development. 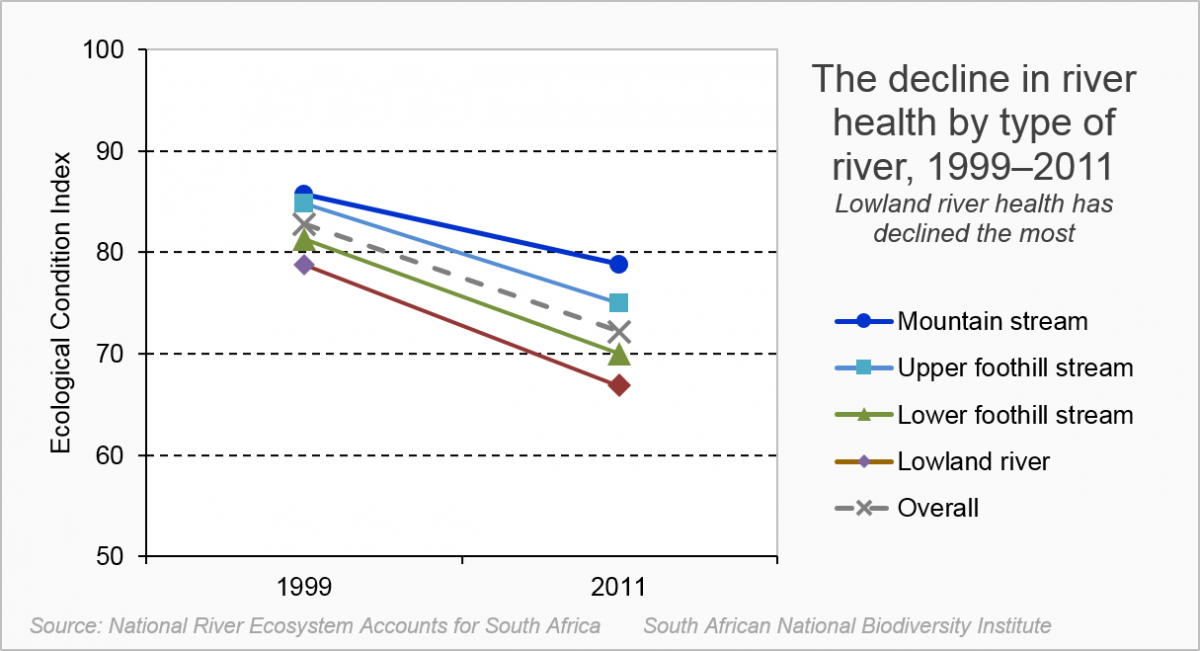