Mainstreaming biodiversity and ecosystems into policy through natural capital accounting

India is taking part in an innovative multi-year project to advance the theory and practice of ecosystem accounting.  It joins four other countries - Brazil, China, Mexico, and South Africa - as part of the Natural Capital Accounting and Valuation of Ecosystem Services (NCAVES) project, funded by European Union, and implemented by the United Nations Statistics Division, in collaboration with UN Environment TEEB office and the secretariat of the Convention on Biological Diversity (CBD).

The Social Statistics Division (SSD) of Central Statistics Office of Ministry of Statistics and Programme Implementation (MoSPI) is the nodal agency for implementation of the project in India. The role of MoSPI is to coordinate with all the stakeholders through a consultative process to evolve a model which can help in “Natural Capital Accounting and Valuation of Ecosystem Services” by building upon the various datasets generated through surveys, studies, remote sensing as also through the administrative mechanisms.

India is home to two of the world's most significant biodiversity hotspots - the Western Ghats and the Eastern Himalayas - and the nation ranks as one of the most biodiverse countries in the world.
India has had strong economic performance growth over the past decade, with growth rates of over 7% between 2005 and 2015. As a result, as many as 270 million people have been lifted out of poverty and the nation’s poverty rate cut in half.

However, practices such as overgrazing, slash and burn agriculture and deforestation for fuel have produced significant strains on many ecosystems that much of the population depends upon for their livelihoods. The Indian government has made a firm commitment to environmental protection as part of its development agenda, with a focus on the interconnections between poverty and environmental degradation, that may be informed by ecosystem accounts.

The SEEA in India 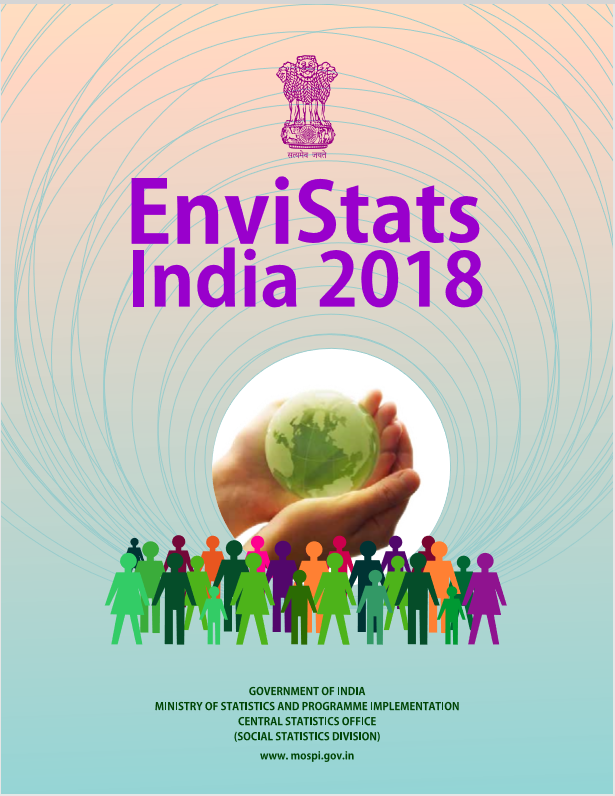 Work on environmental economic accounting began in 2011, when a high level Expert Group under the Chairmanship of Prof. Sir Partha Dasgupta, U.K. was constituted by the Ministry of Statistics and Programme Implementation (MOSPI) with the mandate of developing a framework for green national accounts of India and preparing a roadmap to implement the framework. The resulting report, “Green National Accounts in India-A Framework”, laid out a roadmap with short-term, medium-term and long-term activities for implementing the Green Accounting Framework.

In September 2018, the CSO released India’s first official environmental economic accounts containing asset accounts in physical terms of four natural resources – forest, land, minerals and water. The accounts revealed a nuanced picture of the state of India’s natural capital, with several regions showing a net-positive increases in assets like forest cover and carbon stock.  However, the accounts also revealed potentially unsustainable trends in groundwater extraction as well as serious declines in snow and glacier cover. The report can be accessed here,

The project’s main objective in the partner countries is to mainstream natural capital accounting and valuation of ecosystem services in data-driven decision and policymaking and is expected to influence policy-makers at the national, regional and local level.
Project activities in India include the development of pilot ecosystem accounts. This will include experiments at different scales with different types of accounts:

The state of Karnataka has been identified in a landscape assessment due to:

The experiences learned through the piloting will provide important inputs into the development of guidelines and standardisation of methods through the revision process of the SEEA EEA.
In parallel to the piloting, India will also contribute to other workstreams of the project such as the testing of indicators that are derived through the accounts, and the workstream on alignment with sustainability reporting in the private sector. A national communication and outreach strategy to raise awareness and value added of NCA in India will also be implemented.