Terrestrial ecosystem extent accounts were compiled for the periods 2002-2007, 2007-2011, 2011-2014 and 2002-2014 using geospatial information from the cartographic series of land use and vegetation developed by INEGI at the national level at a 1:250 000 scale.  Mexico used a hierarchical vegetation classification scheme, as a proxy of ecosystems, grouped into a smaller number of classes under the classification called CONAFOR-IPCC-N3, that aligns with how Mexico reports on its greenhouse gas emissions to the IPCC. 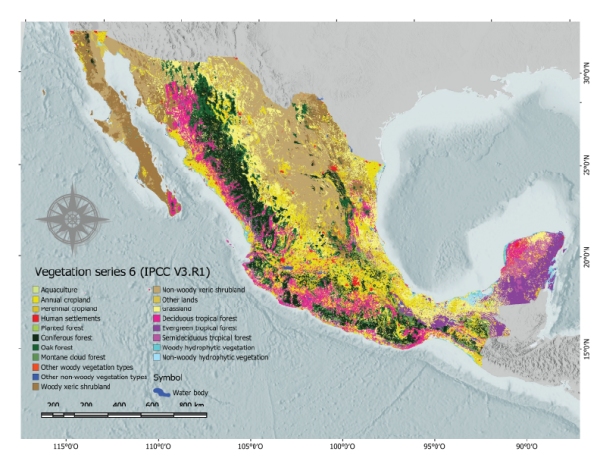 Findings for the period 2002-2014, revealed that natural ecosystems lost an area equivalent to 3% of the extent of the country and were transformed into human modified land covers such as agriculture, plantations and settlements. 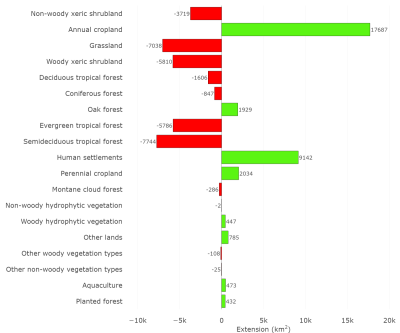 Mexico took a highly innovative data driven approach to understand, measure and report the condition of its ecosystems using and Ecosystem Integrity Index – a measure between 0 and 1 that expresses the amount of human disturbance (1 signaling no evidence of human disturbance).

One of the key findings was that only approximately 25 % of deciduous tropical forest and 10% of semi-deciduous tropical forest have high integrity values. In addition, the Ecosystem Integrity Index was combined with the ecosystem extent to generate a Natural Capital Index (NCI). The NCI revealed that Mexico preserves only 65% of its original natural capital. Also a visualization tool for ecosystem integrity has been developed. 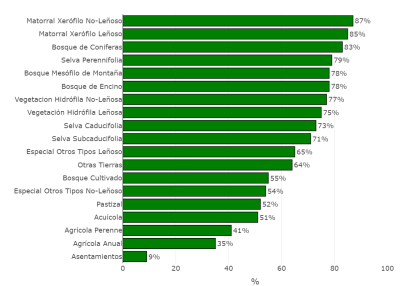 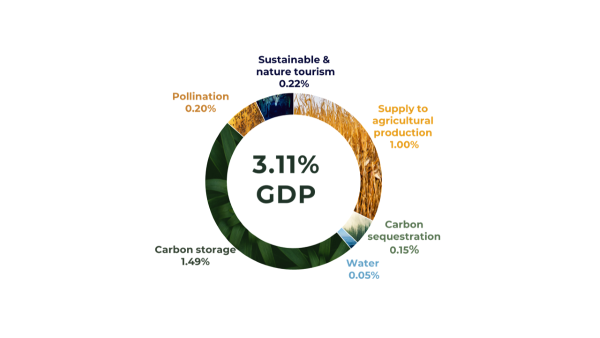 These accounts are summarized in the final project report and the policy brief.

Underlying the final project report are technical reports developed by consultants as inputs, namely on: extent and condition, valuation of ecosystem services, and an earlier technical report on Pilot testing of the SEEA-EEA Framework in Mexico: interim report that focused on biophysical aspects.

As a collaboration between SEMARNAT and the Inter-American Development Bank (IADB), the developed ecosystem accounts are being applied for conducting scenario analyses through an application of the ​Integrated Economic-Environmental Model (IEEM), a dynamic economy-wide CGE model that allows to assess both macro-economic, social and environmental impacts. The scenarios considered are an expansion of the Payments for Ecosystem Services policy; sustainable forest landscapes; an expansion of environmental management areas; and a combined scenario of all three interventions.

A roadmap towards the institutionalisation of NCA in Mexico has been developed led by SEMARNAT in close collaboration with INEGI and other stakeholders, based on an initial policy assessment and an updated assessment (after the change in administration in 2020).

Mexico has long been a global leader in natural capital accounting and was the first Latin American country to compile environmental economic accounts. In 1990-1991, Mexico’s National Institute of Statistics and Geography (INEGI) took part in a pilot project launched by the World Bank with technical support from the UN Statistical Office, applying the draft Handbook on Environmental Accounting as analytical framework and to explore whether environmentally-adjusted national product aggregates for Mexico could be derived. Building upon those initial results, INEGI launched an institutional effort to compile country-wide environmental and economic accounts and integrate these into Mexico’s National Accounts as a satellite account. Starting on 1996, INEGI has been compiling and publishing annual updates of its Sistema de Cuentas Económicas y Ecológicas de México (Mexico’s System of Environmental and Economic Accounts, SCEEM).

The road ahead for NCA in Mexico

The NCAVES project showed that Mexico has the necessary capacity and data to compile ecosystem accounts and that there is demand for such data to support national policies and international reporting. The road ahead consists of the following elements:

The project was implemented in Mexico under the leadership of the National Institute of Statistics and Geography (INEGI), in collaboration with the Secretariat of Environment and Natural Resources (SEMARNAT), and other Mexican stakeholders such as CONAFOR, CONABIO and INECC, with the support of the United Nations Statistics Division (UNSD) and the United Nations Environment Programme (UNEP), funded by the European Union (EU)’s Partnership Instrument (PI). 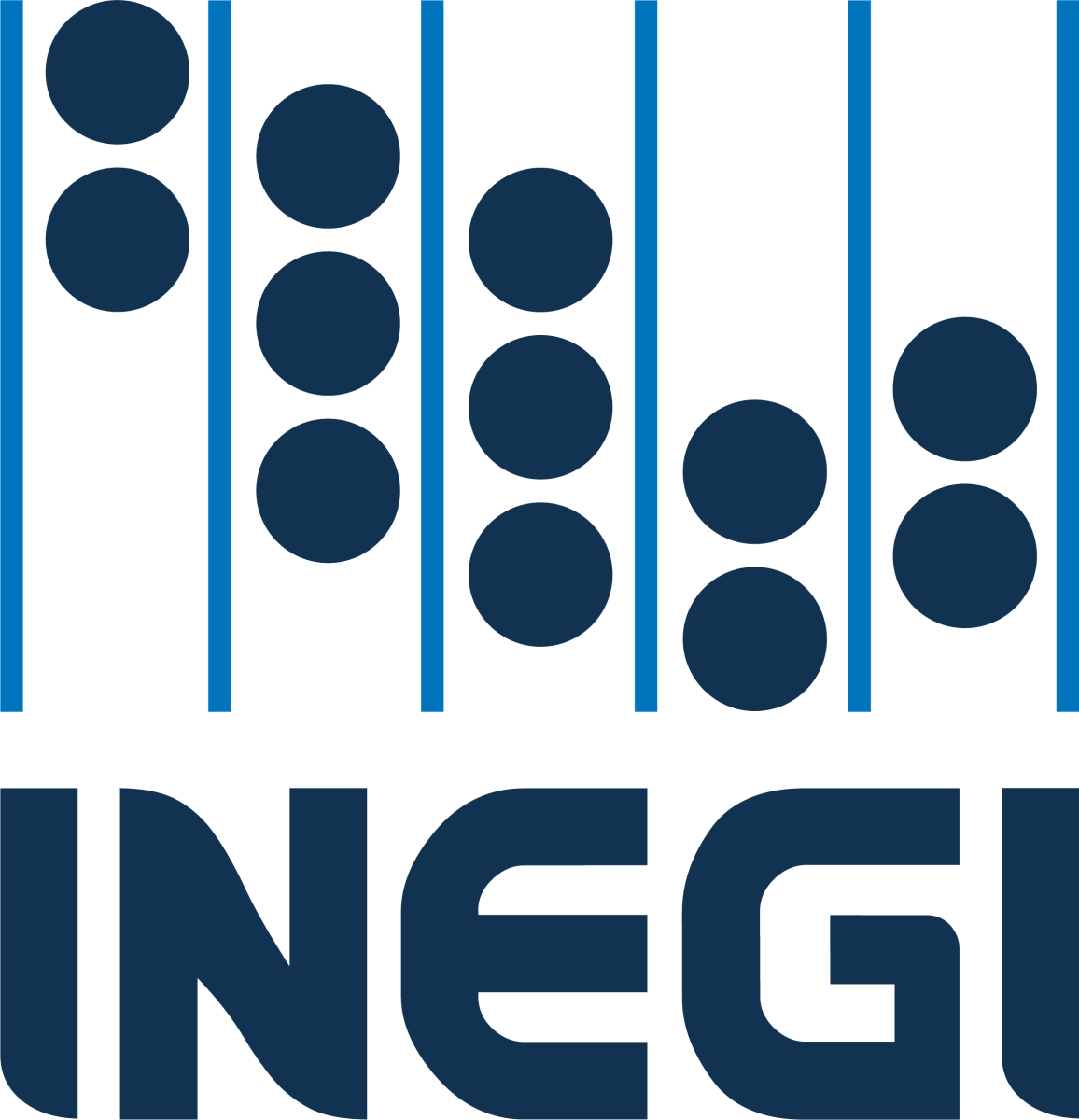