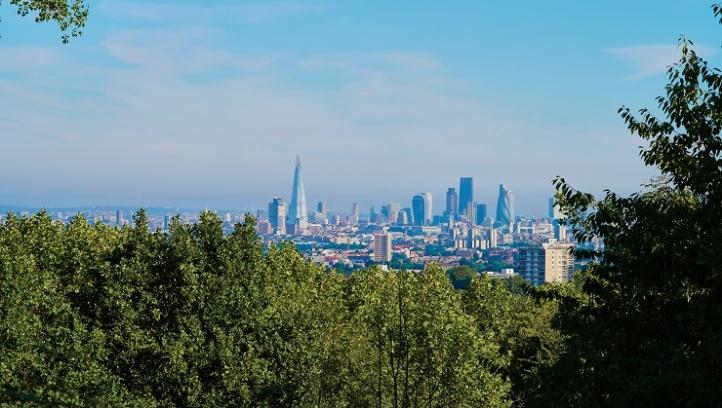 The U.K. Office of National Statistics recently published a report on the monetary valuation of vegetation surrounding it's urban and rural areas in removing harmful pollution and reducing healthcare related costs based on SEEA accounts, in the context of their SEEA EEA programming.

This article was taken from the Office of National Statistics, United Kingdom and was published on 30th July 2018 and authored by Matthew Bezzano (environment.accounts@ons.gov.uk)

Overall, an estimated 1.4 billion kg of air pollutants were removed by woodlands, plants, grasslands and other UK vegetation in 20151, according to a study produced for the UK Natural Capital accounts by the Centre for Ecology and Hydrology.

This pollution removal saved the UK around £1 billion in avoided health damage costs3. It is estimated there were 7,100 fewer lung and heart-related hospital admissions, 27,000 fewer life years lost and 1,900 fewer premature deaths in 2015 as result of nature providing this service.

Trees in particular provide a wide range of services and account for most of the volume of air pollutants absorbed by natural vegetation in the UK but can have adverse effects also4.

The study looks at the role of vegetation in removing air pollutants, and the benefits they provide to human health through reductions in exposure. Most harmful is PM2.5 (fine particulate matter with a diameter of less than 2.5 micrometers, or 3% of the diameter of a human hair), but the study also covers PM10, nitrogen dioxide, ground-level ozone, ammonia and Sulphur dioxide.

Even though vegetation will not solve the whole issue of air quality in the UK, and in some cases vegetation can have adverse effects on air quality, the service of air pollution absorption by vegetation is nevertheless an important one.

Table 1 presents the top five regions that removed the greatest amount of pollution per hectare (an area roughly the same size as a rugby pitch or London’s Trafalgar Square) in 2015. Those that removed the least amount are also presented.

It is possible that residents of one region may benefit from pollution absorbed in neighboring regions due to the nature of the model.

The monetary value takes into account avoided health damage costs to people – the more people that benefit from the removal of pollution the higher the value. As a result, population density is a major determinant of the final valuation.

Concentrations of pollutants are generally higher near to and within cities than in remote rural areas, so there is more pollution to remove. In addition, urban residents benefit from pollution removed by vegetation in rural areas adjacent to their area.

Which pollutants are most harmful?

The vast majority (88%) of the estimated total monetary value of air pollutant filtration by vegetation results from the removal of PM2.5. For a breakdown of valuations by country please see the reference tables.

Most PM2.5 is man-made and is emitted during the combustion of solid and liquid fuels, such as from diesel and petrol cars, power plants and domestic heating.

Due to their small size, PM2.5 can stay in the air longer than heavier particles, increasing the likelihood of inhalation. This can be damaging to human health as they can bypass the nose and throat and penetrate deep into the lungs, triggering chronic disease such as asthma, heart disease, bronchitis, and other respiratory problems.

While 88% of the value of avoided health damage costs are attributable to the removal of PM2.5, this pollutant accounts for less than 2% of the physical volume of pollution removed from the atmosphere.

Although the overall value of removing pollution is significant, the study shows that natural vegetation can only play part of the role of cleaning up air pollution and needs to be considered alongside other pollution reduction measures.

It is also recognized that at very localized scales (for example street level) the effects of vegetation on air quality depends upon the species composition and can be positive or negative. The Centre for Ecology and Hydrology (CEH) study was unable to model this level of detail.

Air pollution removal is only one of a number of important cultural and regulating services provided by vegetation. Methods are being developed to incorporate the values of these services within the UK natural capital accounts, see our natural capital website for more information. However, the approach used for valuation is subject to review, so it is possible the figures might change.