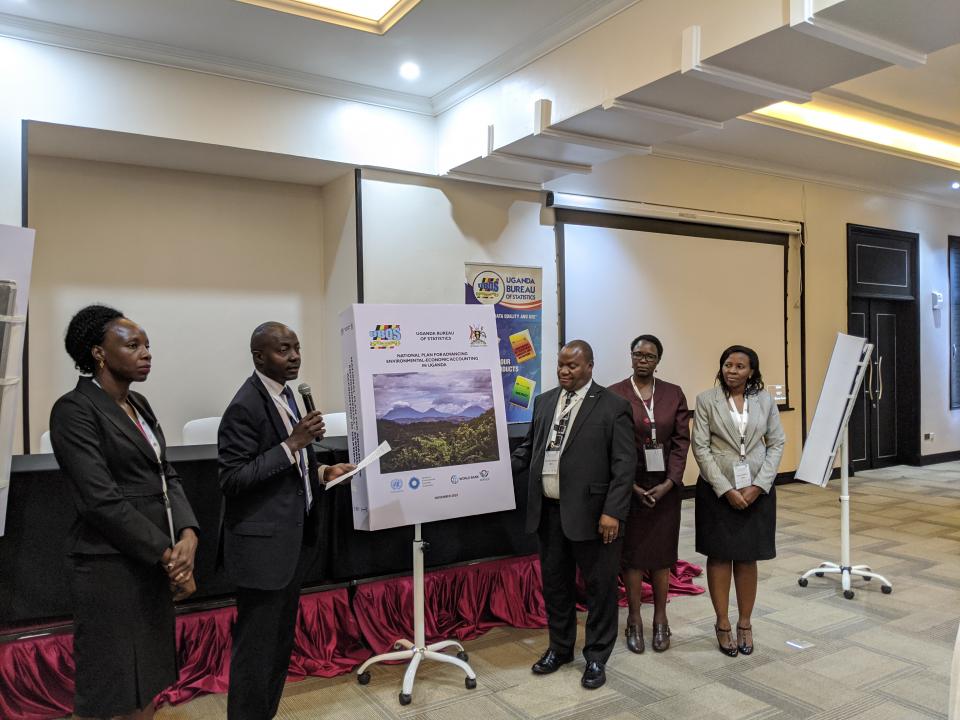 The Government of Uganda took a significant step in adopting natural capital accounting by launching the national plan and the first set of land and water accounts for the country based on the statistical standard System of Environmental Economic Accounting (SEEA).

The land accounts show land use and changes in land cover associated with human activity such as agriculture, settlement, industry and natural processes between 1990 to 2015. The accounts found that the land cover for subsistence agriculture consistently increased while forest cover, particularly woodlands and natural forests declined. The water accounts show the largest proportion of water is directly abstracted by households for own use. Agriculture is the largest economic activity extracting water. The water accounts contribute to the reporting of SDG 6 on water efficiency.

In his remarks, Dr. Chris Mukiza, the Executive Director, Uganda Bureau of Statistics (UBOS) said, “There is no better time as this to have the national plan and the natural capital accounts developed. They provide a sound basis for land use and water use planning and a foundation for continued development of natural capital accounts in the country.”

In addition to the accounts, the Government is also launching its National Plan for Advancing Environmental Economic Accounting (NP-AEEA). The development of the NP-AEEA was spearheaded by Uganda Bureau of Statistics (UBOS), with involvement of key Ministries, Departments and Agencies and with support by the UNSD and World Bank - WAVES.

“The launch of the national plan and the release of the land and water accounts under the leadership of UBOS mark an important step towards mainstreaming NCA into the regular statistical production process and into policy. The Government of Uganda should be congratulated for this important achievement,” said Mr. Stefan Schweinfest, Director, United Nations Statistics Division.