Update on the Road to the Post-2020 Global Biodiversity Framework 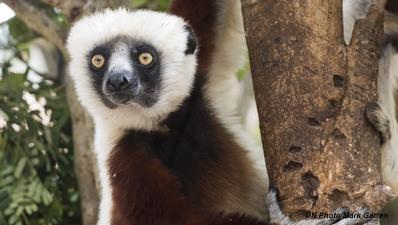 This article was co-authored by the Secretariat for the Convention on Biological Diversity and the United Nations Statistics Division.

The work on the post-2020 global biodiversity framework is well underway—more than 1000 delegates from more than 140 countries met in Rome earlier this year, in February, at the second meeting of the Open-ended Working Group (OEWG-2) to discuss the zero draft of the framework, which had been prepared by the co-chairs of the OEWG. As detailed in a press release by the Convention on Biological Diversity (CBD), the first round of negotiations took place during the meeting, with representatives of all levels of government and of all stakeholder groups offering comments and recommendations on the zero draft and its various elements.

Several outcomes of the meeting have significance for how the SEEA can serve as a measurement framework for the post-2020 global biodiversity framework while contributing to biodiversity mainstreaming. The role of natural capital accounting and the SEEA had been already mentioned in target 13 of the zero draft, which called for the integration of biodiversity values into national and local planning, development processes, poverty reduction strategies and accounts, thus ensuring that by 2030 biodiversity values are mainstreamed across all sectors.

Parties raised a number of suggestions to this target and others, a summary of which can be found here. Another key outcome was the proposed inclusion of an action target in the zero draft  that addresses climate change as a major direct driver of biodiversity loss. Given the broad scope of the SEEA, it is well placed to inform the interrelationships between biodiversity and climate change in terms of both ecosystems and the services they provide, as well as individual environmental assets (e.g. energy, timber, etc).

In terms of next steps, the Subsidiary Body on Scientific, Technical and Technological Advice at its twenty-fourth meeting (SBSTTA-24) will carry out a scientific and technical review of the draft goals and targets, as well as related indicators and baselines under the proposed monitoring framework of the post-2020 global biodiversity framework.  SBSTTA-24 is planned to take place from 17 to 22 August 2020 in Montreal, Canada.

Given the potential role of SEEA in the monitoring framework, it is tentatively planned to hold a side-event on the SEEA during this meeting, involving several countries. In addition, the third meeting of the Subsidiary Body on Implementation (SBI 3) will be held from 24 to 29 August 2020, also in Montreal Canada.

Based on the outcomes of OEWG-2 in Rome and the meetings of the two subsidiary bodies in August, the co-chairs are tasked to prepare a first draft of the post-2020 global biodiversity framework, to be considered by the Open-ended Working Group at its third meeting. Due to the current situation regarding COVID-19, this meeting also had to be postponed; its new dates will be communicated in due course.

For more information, all documents of the OEWG-2 can be found here: https://www.cbd.int/conferences/post2020/wg2020-02/documents

An article providing day-by-day highlights can be found here: https://www.cbd.int/article/WG2020-02-Highlights