Mexico is taking part in an innovative multi-year project to advance the theory and practice of ecosystem accounting.  It joins four other countries -Brazil, China, India and South Africa- as part of the Natural Capital Accounting and Valuation of Ecosystem Services (NCAVES) project, funded by the European Union through an innovative Partnership Instrument (PI), and implemented by the United Nations Statistics Division, in collaboration with UN Environment TEEB office and the secretariat of the Convention on Biological Diversity (CBD).

Mexico is rich in natural wealth and ranks as one of the most biodiverse countries in the world. Forests cover one-third of the nation's land area and provide a home for 11 million people, many of whom live in extreme poverty. Its ecosystems are also under duress. Between 1976 and 2007, the area covered by tropical forests declined by 10%, though the rate of deforestation has been significantly reduced over the last decade, particularly for primary forest.

Over the past three decades, Mexico has strengthened its environmental policies and institutions while increasing public investment in environmentally-related infrastructure. As it confronts difficult trade-offs in the pursuit of economic, social, and environmental goals, Mexico has a strong interest in applying Natural Capital Accounting to inform policy. 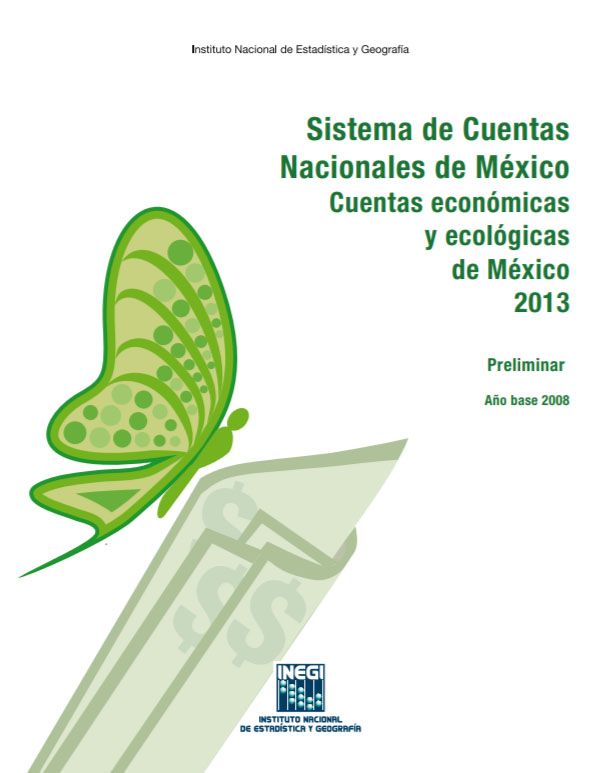 Mexico has long been a global leader in natural capital accounting and was the first Latin American country to compile environmental economic accounts. In 1990-1991, Mexico’s National Institute of Statistics and Geography (INEGI) took part in a pilot project launched by the World Bank with technical support from the UN Statistical Office, applying the draft Handbook on Environmental Accounting as analytical framework and to explore whether environmentally-adjusted national product aggregates for Mexico could be derived. Building upon those initial results, INEGI launched an institutional effort to compile country-wide environmental and economic accounts and integrate these into Mexico’s National Accounts as a satellite account. Starting on 1994, INEGI has been compiling and publishing annual updates of its Sistema de Cuentas Económicas y Ecológicas de México (Mexico’s System of Environmental and Economic Accounts, SCEEM).

INEGI is leading the project nationally in close collaboration with SEMARNAT and other Mexican stakeholders such as CONAFOR, CONABIO and INECC. The project is working to build the following types of accounts: