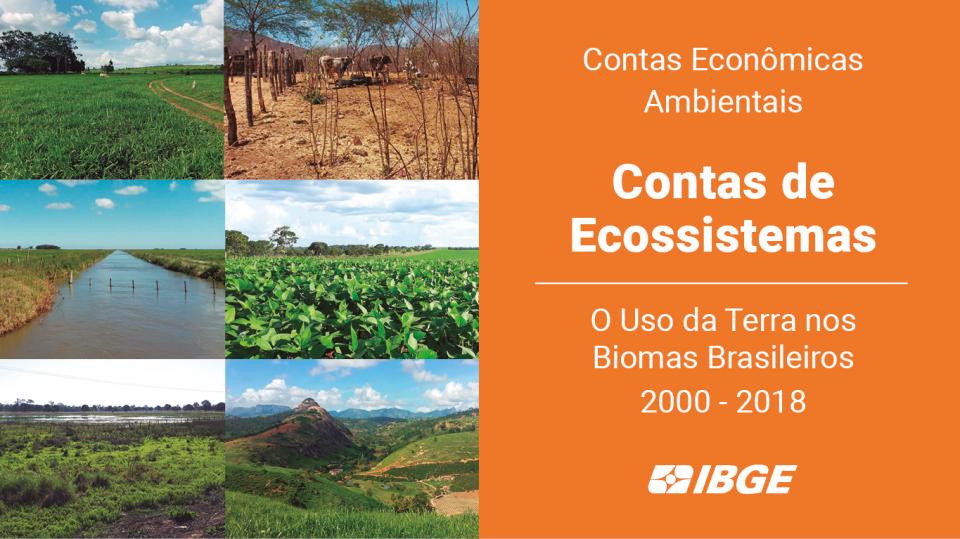 Rio de Janeiro, 24 September 2020.- The ecosystem extent accounts (2000-2018) show that Brazilian terrestrial biomes lost about 500 thousand km² of their natural areas, due to conversion into modified areas such as land used for crops and grazing. The loss of natural areas was concentrated in the Amazon (see image below) and in the Cerrado biomes, whereas the smallest losses occurred in the Atlantic Forest biome. In relative terms, the Pampa biome experienced the largest reduction in natural areas of -16%.

These are some of the results derived from the first Brazilian ecosystem extent accounts, by biomes,  released by the Brazilian Institute of Geography and Statistics (IBGE) on 24 September during a virtual event attended by more than 80 participants from the national government, academia, international organizations and the press. The publication, “Ecosystem Accounts: Land Use in Brazilian Biomes (2000-2018)”, marks an important milestone on the pathway, led by IBGE,  for the  compilation of ecosystem accounts in Brazil following the SEEA EEA framework  under the European Union-funded project  “Natural Capital Accounting and Valuation of Ecosystem Services” (NCAVES).

The Brazilian ecosystem extent accounts provide information, at national level, about the changes in land use of the Brazilian six terrestrial biomes (Amazon, Caatinga, Cerrado, Atlantic Forest, Pampa and Pantanal) over the course of 18 years. The accounts also contain an indicator that depicts spatially the intensity of changes.

Underpinning the ecosystem extent accounts, are the Brazilian land cover and use accounts, which are based on satellite images and field research, and updated every two years by IBGE.

The full report in Portuguese can be found here. The report will be translated in English in due course.

This article was adapted from the press release originally published by IBGE on 24 September 2020.

The results of the Brazilian extent ecosystem accounts sparked media attention in Brazil:

IBGE data shows the state of the vegetation in Brazil (GloboNews)

Brazil lost area equivalent to that of Spain between 2000 and 2018, says IBGE (O Globo Online)

Pantanal: biome was the one that suffered most with a decrease in natural areas (O Povo Online – CE)

In 18 years, the Amazon lost an area larger than the state of São Paulo, points out IBGE (Jornal do Tocantins Online)

Over the last 18 years: Brazil lost vegetation equivalent to the area of Spain (TV Record News)