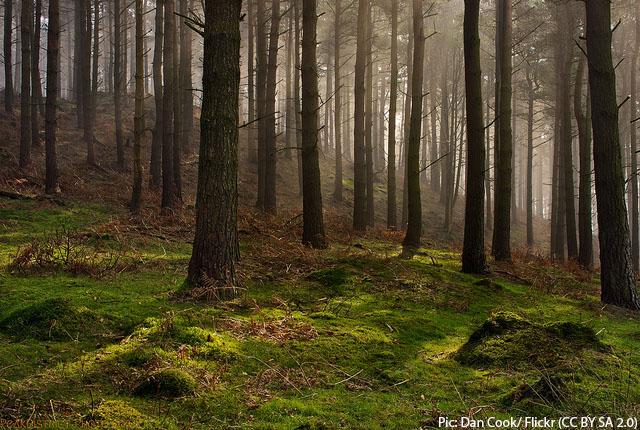 A recent study estimates that trees, through their removal of air pollutants, provided a benefit of more than 1 billion pounds to the United Kingdom (UK) health system in 2015 alone.

The study was undertaken by the Centre for Ecology and Hydrology (CEH) as part of a project to develop UK’s natural capital accounts by The UK Department for Environment, Food and Rural Affairs and Office for National Statistics (Defra-ONS). The study aims to show how the environment is playing a role in tackling the problem of poor air quality and how the environment is helping in protecting people’s health and reducing spending on healthcare.

In 2015, the study estimated that there were 5,800 fewer respiratory hospital admissions, 1,300 fewer cardiovascular hospital admissions, 27,000 fewer life years lost and 1,900 fewer premature deaths as a result of natural pollution removal by plants across the UK compared against a scenario where there is no vegetation to remove the pollution (only a neutral 'bare soil' cover). The air pollutant filtration estimates were based on spatially specific modelling (report here). The report includes spatial maps for 2007, 2011, 2015 and projections to 2030.

The study was used to inform the environmental-economic accounts for UK woodland ecosystems, which were published in July last year. In particular, the study's data on pollutant capture by woodlands were used to inform the UK woodland ecosystem accounts, which cover carbon sequestration and air filtration, as well as recreation services and timber.

A variety of methodologies were used for the UK woodland ecosystem accounts. For example, for recreation services, estimates were based on a survey of day visits by residents to the natural environment. A review of this methodology is available on the ONS website, with work ongoing to fill some of the identified gaps. For carbon sequestration accounts, greenhouse gas inventories were used to estimate the absorption of carbon by soils and woody biomass. To put a value on carbon sequestration, a non-market carbon price was used. The UK is working on also incorporating noise mitigation, local climate control (both of these most relevant to urban areas) and flood protection into the accounts. ONS has also highlighted the work in a short article, which was re-tweeted for National Tree Week, as a way to increase the impact of its work and encourage interest.