This month, a study investigating the economic case for reviving the Thukela River basin in South Africa’s KwaZulu Natal province was released as part of the Natural Capital Accounting and Valuation of Ecosystem Services (NCAVES) project.

The study compares the benefits of ecosystem restoration – in terms of the monetary value of improved provision of selected ecosystem services against the costs of intervention. It builds on the compilation of pilot physical and monetary ecosystem services accounts for KwaZulu-Natal for 2005-2011 using the System of Environmental Economic Accounting Ecosystem Accounting (SEEA EA) framework.

The study estimates how these services change by 2030 under a business-as usual scenario with low intervention levels and continued degradation; and then compares this to ecosystem service delivery under two possible intervention scenarios - (a) a land degradation neutrality scenario, and (b) a full restoration scenario - taking the costs of the interventions into account.

The results of the study demonstrate that halting and reversing ecosystem degradation has positive net economic benefits. Preventing degradation now is more cost effective than fixing it later. In summary, the benefits of restoring the Thukela basin would outweigh the costs. 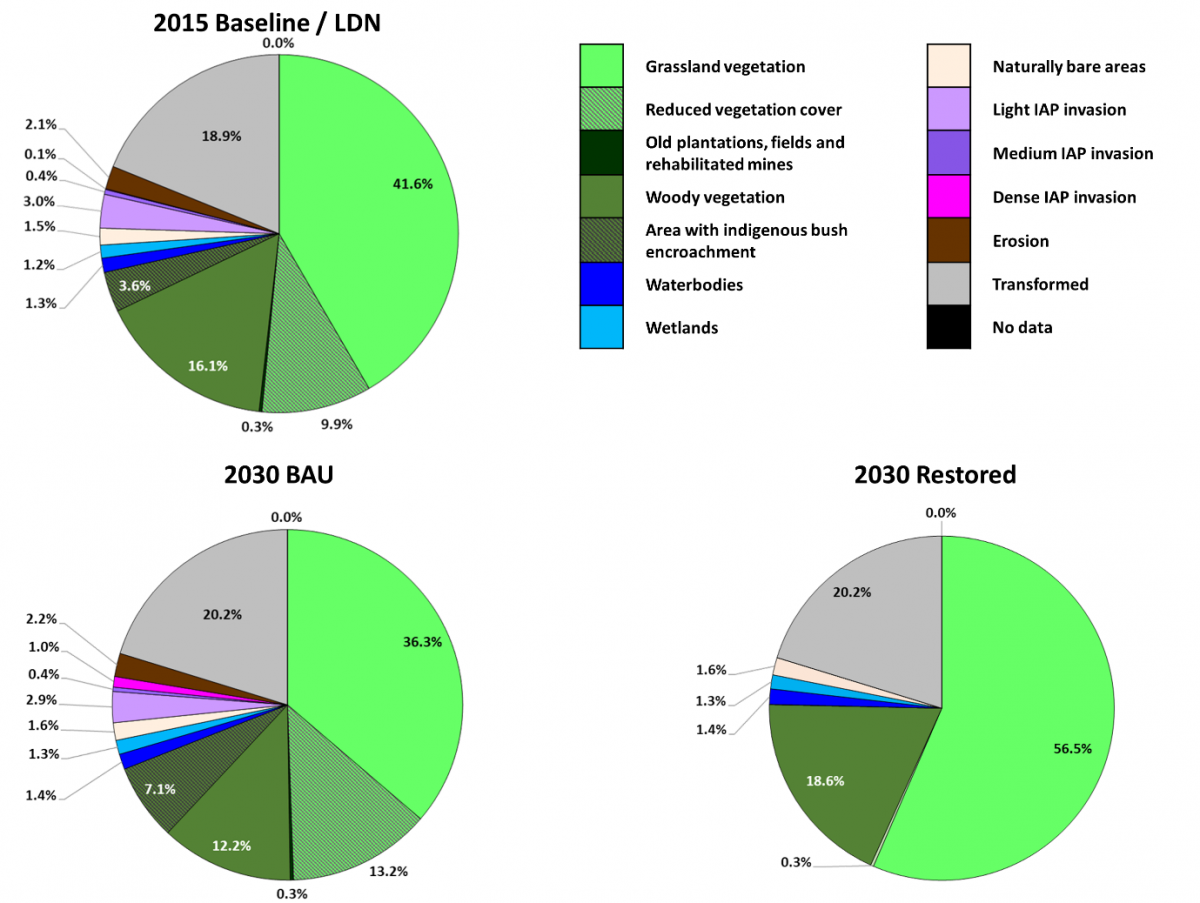 This application shows the usefulness of ecosystem accounting for policy-making. It made use of SEEA EA to account for land cover and ecosystem service flows in a comprehensive and consistent manner. The results contribute to policy work on land degradation neutrality and support the potential for the massive economic contribution that ecosystem restoration can make to livelihoods and biodiversity.

The NCAVES project is a joint initiative launched by the United Nations Statistics Division, the United Nations Environment Programme and the Secretariat of the Convention on Biological Diversity and funded by the European Union. NCAVES is working in collaboration with the five participating partner countries, namely Brazil, China, India, Mexico and South Africa, to advance the knowledge agenda on ecosystem accounting.

The article was based upon the news story  originally published by UN Environment on 30 June and the report.