SEEA Being Used to Respond to Policy Needs in New Zealand 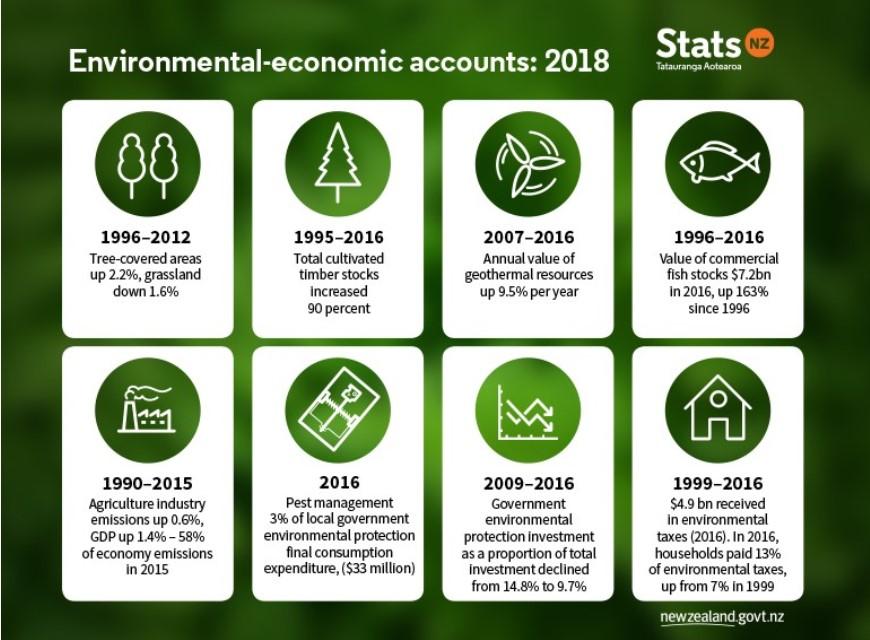 Stats NZ has recently taken up the task of restarting compilation of its environmental-economic accounts. Environmental-economic accounts:2018, released on 27 February 2018, presents the range of SEEA accounts currently available for New Zealand. These accounts show levels and trends in the stocks and flows of natural capital, greenhouse gas emissions from economic activity and the economic activities being undertaken to protect the environment. This release marked the first time these accounts had been brought together to provide a consolidated view of environment-economy interactions in New Zealand.

The release of this report reflects a broader shift occurring within New Zealand to measure progress using a range of metrics beyond that of GDP growth. The Treasury’s Living Standards Dashboard and Stats NZ’s Indicators Aotearoa New Zealand dashboard are currently being developed to provide sets of indicators which show how the wellbeing of New Zealanders is being driven by economic, social, human and natural capital. The updates to the fish, water and timber accounts supported the Treasury’s Investment Statement, which sought to take a broader consideration of the Crown’s assets and liabilities. The air emissions account was used to inform modelling work for the transition to the low emissions economy while the environmental tax account was considered in policy work surrounding the redevelopment of New Zealand’s tax system.

Upon its release, Environmental-economic accounts: 2018 was acknowledged as a key shift in policy thinking by reflecting the fundamental dependencies of the economy on the environment and providing a robust source of data. The accounts are intended to be updated annually with new developments being integrated over time. Ecosystem accounts, flow accounts for timber and water and other accounts which inform on the transition to the low emissions economy are currently under consideration for development by Stats NZ.