Results of the 2021 Global Assessment on SEEA Implementation

Administered since 2014, the Global Assessment of Environmental-Economic Accounting and Supporting Statistics, provides a snapshot of SEEA implementation around the world. According to the 2021 Assessment, and the most recent country submissions,  the number of countries compiling SEEA accounts increased by one, from 2020, to 90. Nearly all countries that implement the SEEA compile the SEEA Central Framework (88 out of 90). Thirty-six countries indicated compiling SEEA Ecosystem Accounting in 2021, a net increase of two countries from 2020. 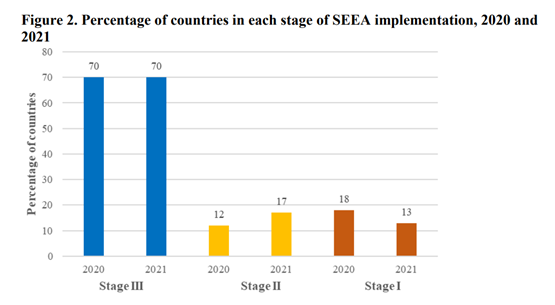