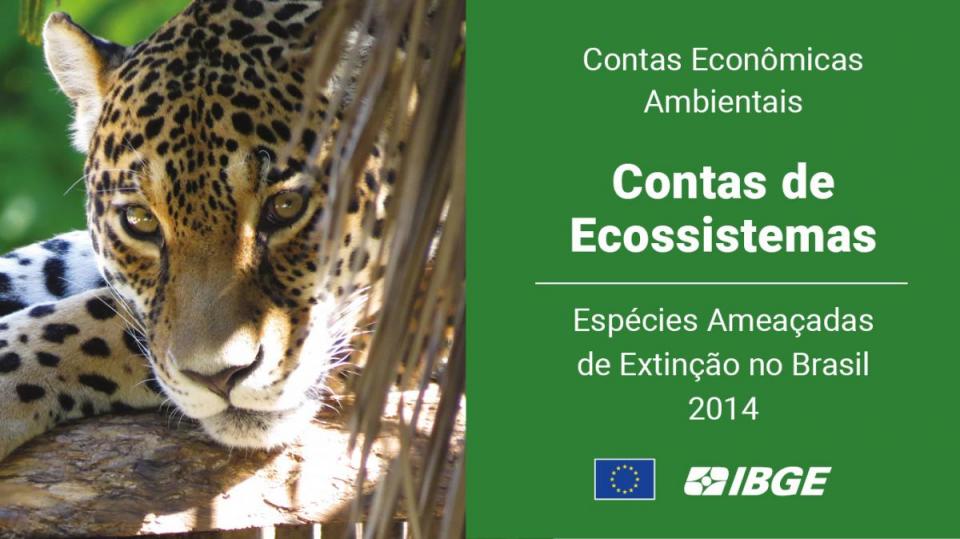 This publication presents the first edition of the Threatened Species Accounts for Brazil, with a methodological application based on data from the IUCN Global Red List of species for South America. It contains stock accounts for the years 2010, 2014 and 2018, disaggregated by species group, by ecosystem realms (terrestrial, freshwater and marine), and by the biomes that also underpin the ecosystem extent account. The report also calculates a simplified version of the Red List Index, presented in the form of maps. The Red List Index is an aggregate indicator which measures the extinction risk of species (the closer to 0, the greater the risk of extinction).

In addition, as a starting point for future editions of the Threatened Species Accounts, the report also analyzes data from the Official National List of Threatened Fauna and Flora species, based upon assessments published by the Institute Chico Mendes for Conservation of Biodiversity and the National Flora Conservation Center of the Botanical Garden of Rio de Janeiro, both institutions associated with the Ministry of the Environment. From these National Lists, the numbers of species, by threat category, disaggregated for the different biomes and ecosystem realms are presented for 2014. The information is also shown in the form of maps that display the distribution of threatened species in the national territory. 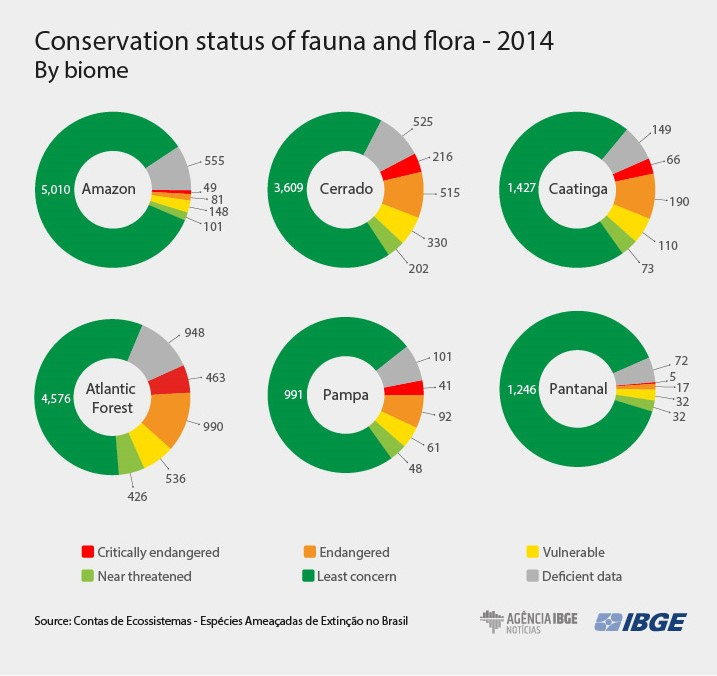 The results, as highlighted in IBGE’s press release, show that almost 20% of the assessed species are threatened, with the Atlantic Forest (“Mata Atlântica) being the biome with the most threatened species (25%,  see figure above). As an example, the maps below show in the darker purple grid that most of the threatened plant and animal species are concentrated in the Atlantic Forest biome. The study also shows that at least ten species of native fauna have gone extinct.

The results demonstrate the broad potential of Threatened Species Accounts. The application of the SEEA-EEA methodology based on global data allowed to establish an efficient workflow, transferable to national data. When updates of National Lists are produced, it will be possible to update the indicators and statistics, as well as produce additional indicators. The information presented in the first version can be additionally organized in different configurations allowing to evaluate other breakdowns (such as by other types of environment or subgroups of organisms) in order to answer various questions about national biodiversity. In addition, the Threatened Species Accounts provide a starting point for enhancing institutional arrangements for an even greater integration of biodiversity information in decision-making processes and favoring the production of environmental statistics and indicators based on the best scientific knowledge available.