Natural Capital Accounting for Policymaking in Europe: The latest from the European Environment Agency

The conservation and enhancement of natural capital is an explicit policy target in the European Union’s Biodiversity Strategy to 2020 and its Seventh Environment Action Programme. To better understand whether these policy targets are being achieved, the European Enviornment Agency (EEA) has produced a comprehensive report based on its findings from its System of Environmental-Economic Accounting—Experimental Ecosystem Accounting (SEEA-EEA) and SEEA Central Framework (SEEA CF) accounts. The report, Natural Capital Accounting in Support of Policymaking in Europe, covers the implementation of the conceptual framework of the SEEA at the European level; land and ecosystem extent accounts; ecosystem condition accounts; accounts for water quantity and fish biomass; and reflections on how the results can support policy analysis and knowledge-based policy-making.

The report contains analytical findings from long-standing accounts (European land accounts), as well as more experimental accounts (several SEEA-EEA ecosystem accounts) and SEEA accounts that have been compiled for the first time for all of Europe (spatially explicit SEEA-Water accounts). The accounts reveal several notable findings. For instance, the SEEA water physical asset accounts show that during the summer of 2015, one third of the total European population and 20 per cent of the extent of Europe’s territory was exposed to water scarcity conditions. 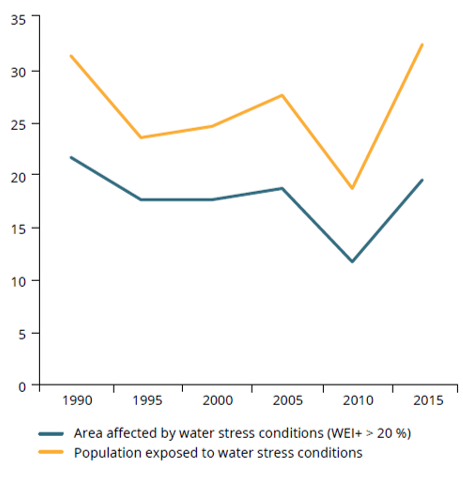 Furthermore, the SEEA-Water accounts are spatially explicit and calculated for each season of the year. This revealed that 1) water scarcity was driven by seasonal hydro-climate conditions, 2) pressures of some economic activities e.g. agriculture and 2) that the populations most greatly affected were people living in densely populated areas (e.g. lowland countries in the north-west coastal region of Europe, agriculture-dominated areas of southern Europe and small Mediterranean islands). A breakdown of water abstraction and use by economic sectors further illustrated the urgency to improve management of scarce water resources in agriculture, water collection, treatment and supply, and cooling for electricity generation. 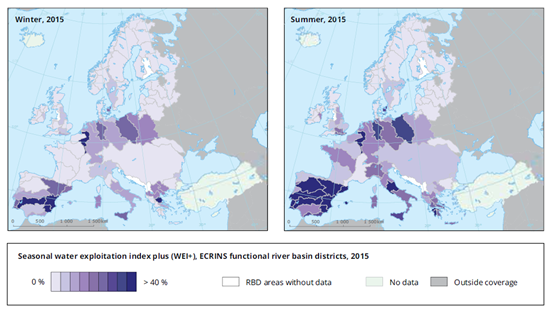 The report lays out several other policy-relevant findings revealed from the SEEA-EEA suite of accounts. At the same time, the report identifies several data gaps in terms of SEEA-EEA outputs and the data requirements needed to evaluate progress towards the Seventh Environment Action Programme objectives. For instance, one key conclusion from the findings of the extent accounts is that the spatial and thematic detail of current data on ecosystem distribution should be further developed. A similar conclusion was reached for ecosystem condition accounts. Stronger data foundations are needed to further develop condition accounts for Europe. In particular, a greater availability of high-quality spatially referenced biodiversity data would contribute positively towards the furhter development of condition accounts for Europe.

Overall, the report demonstrates that the integrated data of the SEEA-EEA allows for policy-relevant analysis of environment-economy interactions. The necessary next step entails further investment in the data foundation for the SEEA-EEA in Europe and beyond. This investment will be crucial to support the development of high-quality accounts in support of policy making.