Monitoring of Land Cover and Land Use 2018 in Brazil - IBGE 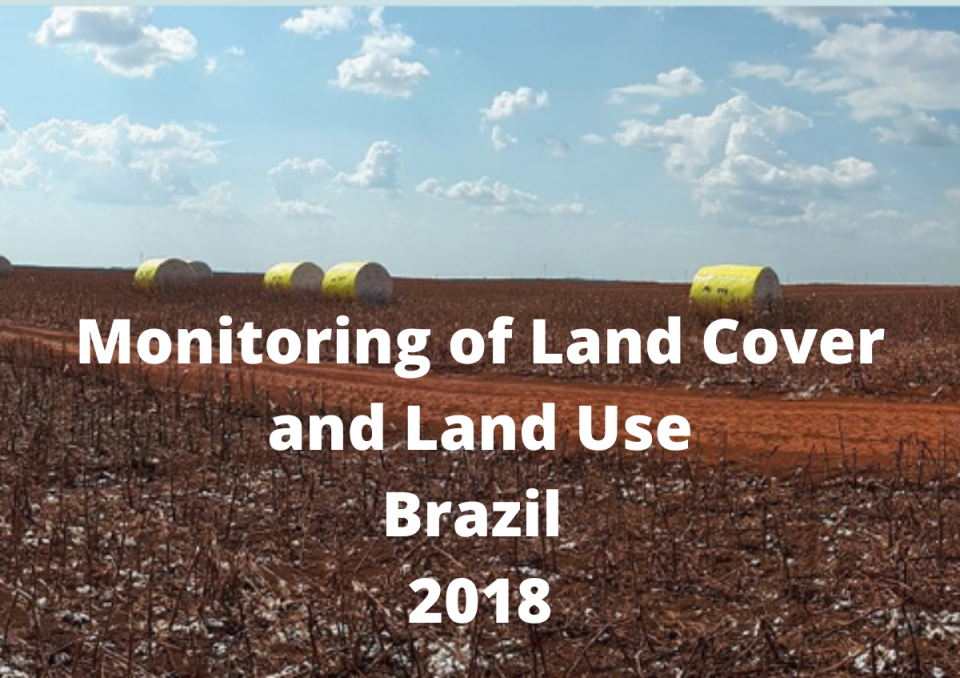 On 26 March, the Brazilian Institute of Geography and Statistics (IBGE) released the Monitoring of Land Cover and Land Use (LCLU) publication in Brazil for 2018, thus expanding the historical series that already covers the years 2000, 2010, 2012, 2014 and 2016.   The LCLU series show the dynamics of the territory, its occupation processes and its transformations, through a spatial and quantitative monitoring of vegetation cover and land use throughout the country.

Between 2016 and 2018 the most significant change was the expansion of croplands, which grew 3.3%, covering 7.6% of the national territory in 2018. Most of this growth comes from converting managed pastures into croplands. Between 2000 and 2018 the largest growth in croplands occurred in the 2012-2014 biennium, reaching the mark of 7%. The study also shows that in 18 years, Brazil lost 7.6% of its forest vegetation. In 2018, forests occupied 42.4% of the territory.

Since 2015, the Monitoring of LCLU released maps and statistics from all over Brazil, and since 2018 it has been producing physical land cover and land use accounts and a change matrix, which can serve as the basis for the construction of the ecosystem accounts that are being developed by IBGE under the European Union-funded project Natural Capital Accounting and Valuation of Ecosystem Services (NCAVES)  in Brazil.  The maps produced for monitoring LCLU changes will be overlaid with the maps of biomes of Brazil to generate ecosystem extent accounts. By overlaying these maps,  it is possible to understand which biomes have been significantly impacted by anthropogenic activities over time. This map of LCLU monitoring can also be overlaid with other information maps, such as biodiversity, water availability, hydroelectric plants, forest non-timber products, as well as other economic resources, generating important indicators for policy development, implementation and monitoring.

The data are available for download on the Plataforma Geográfica Interativa (PGI) and on the Banco de Dados de Informações Ambientais (BDIA), where it is possible to combine the Monitoring of LCLU maps with other environmental information produced by IBGE.

This article is based on the original articles published by IBGE here https://agenciadenoticias.ibge.gov.br/agencia-sala-de-imprensa/2013-agencia-de-noticias/releases/27187-ibge-divulga-monitoramento-da-cobertura-e-uso-da-terra-do-brasil-para-2018