NSO India published its third annual report on environmental-economic accounts, on 30th September, 2020 formally titled “EnviStats India 2020 Vol. II - Environment Accounts”  [http://www.mospi.gov.in/publication/envistats-india-2020-vol-ii-environment-accounts]. The report was produced with the support of the Inter-Ministerial Group that was constituted to guide the accounts development and with technical guidance and support of the NCAVES project, funded by the EU.

The report has a thematic structure with chapters featuring land, croplands, forests, wetland, as well as cross-cutting chapters on biodiversity and SEEA based indicators.

The Chapter on Land contains the Land Cover Accounts, for the years 2005-06, 2011-12 and 2015-16. The chapter also includes separate accounts for degraded lands and wastelands, based on the classification of degraded land used in India.

The Chapter on Croplands gives extent and condition accounts of croplands in India and by state. Two new indices – one on crop diversity and another on cropland fragmentation – have been presented as condition indicators. Crop diversity is assessed based on the ‘effective number of crop species’ (using land-use statistics). Also, Gini index of land concentration using Lorenz curves has been compiled using the data available under the ‘Indian Agriculture Census’ to understand the status of fragmentation. Finally, using soil erosion models, estimates of the soil regulation services provided by croplands have been compiled.

The Chapter on Forest contains extent and condition account of forests, along with estimates of three forest-based ecosystem services in monetary units: timber provisioning, non-timber forest products provisioning and carbon retention services. The Wetlands chapter contains extent accounts of wetlands using information sourced from the National Wetland Atlas. Condition accounts have also been compiled for a sample of 111 wetlands across the country using the data made available through the first cycle of the Wetland Health Cards Scheme implemented by the Ministry of Environment, Forests & Climate 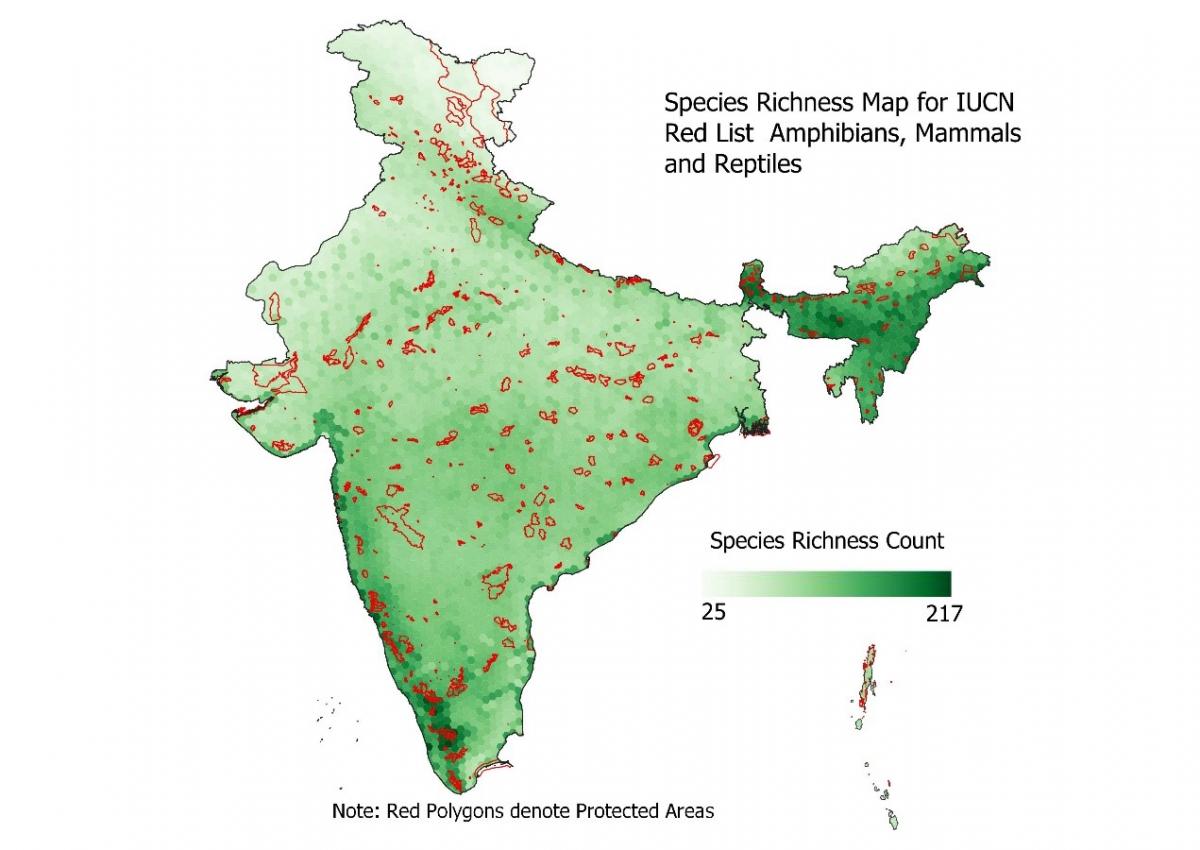 India is recognized as one of the mega-diverse countries of the world. In the Chapter on Biodiversity, the taxonomic faunal and floral diversity across the some of the States of India is discussed. The chapter also includes an overview of the conservation measures being made in the country, the status of Protected areas notified under the Wild Life (Protection) Act, 1972 as well as the status and conservation efforts in respect of Key Species such as Elephant and Tiger. The chapter also includes statistics on species richness of Red List species, by taxonomic groups, as compiled using spatial datasets sourced from the International Union for Conservation of Nature (IUCN). It is envisaged that the assessment could lead to framing indicators that can be useful for the post-2020 biodiversity monitoring framework.

The sixth Chapter, ‘SEEA – Monitoring for Sustainability’, discusses the use of SEEA for reporting on the progress made under the various targets of the SDGs and other multilateral environmental agreements and for bringing coherence among the various reporting requirements. Using data about the extent of urban ecosystems, in conjunction with population data, the chapter includes experimental estimates of SDG 11.3.1 for all Indian cities with more than one million inhabitants.

Overall, this publication speaks of the enormous progress India has been making in the implementation of SEEA in general and ecosystem accounting in particular over the past years.