A Historic UN Statistical Commission for the SEEA 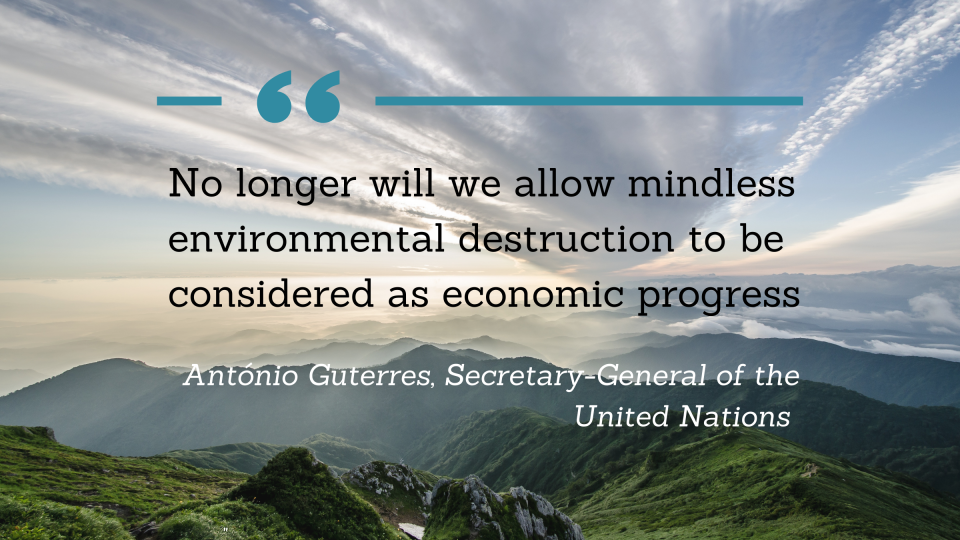 The 52nd Session of the UN Statistical Commission (UNSC) was historic in a number of ways. Due to the pandemic, it was the first time the UNSC was held virtually. In addition, it was the shortest Statistical Commission, clocking in at a mere eight hours—a third of the time of a normal session. However, it was also historic because of the adoption of the SEEA Ecosystem Accounting (SEEA EA).

In particular, the Commission agreed to adopt the manual, with chapters 1-7 on the biophysical accounts comprising an international statistical standard, chapters 8-11 providing internationally recognized statistical principles and recommendations for the valuation of ecosystem services and assets, and chapters 12-14 describing applications and extensions. This was a major recognition of the tremendous work done by the UN Committee of Experts on Environmental-Economic Accounting (UNCEEA) in revising the SEEA Experimental Ecosystem Accounting. The revision process took a period of three years, involved more than 100 experts in its drafting and over 500 experts in its review.

Importantly, the significance of the SEEA EA’s adoption was not lost on the user community. Quite the opposite, the adoption garnered heavy media attention, at the global, regional and national levels. During the Commission, UN Chief Economist, Elliott Harris, held a press-briefing on the matter. And upon the release of the Commission’s report, UN Secretary-General Antonio Guterres heralded the adoption of the framework. “The adoption of this economic and environmental framework is a historic step towards transforming how we view and value nature. No longer will we allow mindless environmental destruction to be considered as economic progress.” The Executive Director of UN Environment, Inger Andersen, echoed these sentiments, stating that the framework “can help us bring about a rapid and lasting shift toward sustainability for both people and the environment.”

User communities also acknowledged the importance of the SEEA EA for the climate and biodiversity crises. Executive Vice-President of the European Commission, Frans Timmermans stated: "To tackle the climate and biodiversity crises we have to transform our economic model. This new statistical framework moves beyond GDP and takes better account of biodiversity and ecosystems in national economic planning. It is a major development in changing the way we think about prosperity and wellbeing.”

Executive Secretary of the Secretariat of the Convention on Biological Diversity (CBD) keyed in on the timeliness of the adoption for the upcoming COP-15 later this year: “As governments to the Convention on Biological Diversity get ready to agree and implement the post-2020 biodiversity framework that will recraft our relationship with nature, this new ecosystem accounting framework will provide an impetus for an accurate accounting of the value of biodiversity.”

While the main focus of the environmental-economic accounting agenda item was the SEEA EA, the UNSC also reached important conclusions regarding other aspects of the UNCEEA’s broad work programme. Related to the upcoming COP-15 and post-2020 biodiversity framework, the UNSC encouraged the Committee to engage in the monitoring framework of the post-2020 global biodiversity agenda and participate in a proposed expert group. In essence, the Committee will function as the connection between the biodiversity and official statistical communities.

The ocean agenda was another topic brought forth to the UNSC. Ocean accounting has been gaining more and more traction over the past years, especially after the report of the High Level Panel for a Sustainable Ocean Economy which advocated the creation of ocean accounts. To move forward the ocean agenda, the UNSC supported the Committee’s proposal to establish a working group to draft a methodological document for ocean accounting—SEEA Ocean. The SEEA Ocean will support the SEEA Central Framework and SEEA EA.

The UNSC also supported the creation of a UNCEEA subgroup on the SEEA and business accounting. With the proliferation of natural capital accounting by businesses, there are benefits to aligning the public and private sectors in approaches, exchanging data and jointly managing resources.

Finally, the UNSC welcomed the update provided on the Statistical Framework for Measuring the Sustainability of Tourism. The Framework, which is in the process of finalization, will be brought to the UNCEEA prior to final consideration by the UN World Tourism Organization Committee on Statistics. It will be presented to the Commission at its 53rd session in 2022.

The final report (subject to editing) of the UNSC can be found here.