Environmental Statistics and Accounts in India 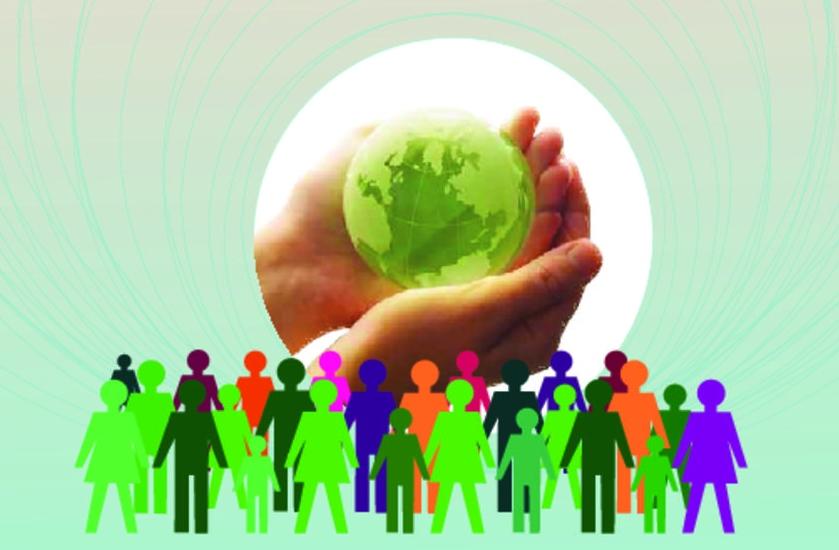 Modernization and industrialization have brought about major benefits to human health and well-being, but, at the same time, they have also been responsible for losses in terms of the environmental degradation. These adverse environmental impacts have also been part of Indian thought and social processes for a long time. They have been reflected in the Indian Constitution which also emphasizes on creation of awareness among the people and political movements to reduce the impact of environmental degradation and to protect and maintain the environment for present and future generations. In respect of official statistics on environment in India, there are three prime areas in which the activities of the nodal agency, i.e, the Central Statistics Office, under the Ministry of Statistics and Programme Implementation (MoSPI), can be classified.

In 1997, CSO brought out the first issue of “Compendium of Environment Statistics”, which followed the United Nations Framework for Development of Environment Statistics 1984. Since its inception in 1997, sixteen issues of the publication have been brought out on UNSD’s FDES-1984 Framework, presenting data relating to environment of the country. The compendium provides a glimpse of the present scenario of the environmental degradation, its causes and the reasons for concern. It also provides the necessary base to bring out the magnitude of the problem. Subsequently with the release of the Driving force – Pressure – State – Impact – Response (DPSIR) framework suggested for Climate Change, another publication, “Statistics related to Climate Change” was conceptualised in 2013 and two issues have been released of this publication.

With the release of FDES 2013, which is compatible with the DPSIR framework, a revision was mandated in the way environment statistics was being presented by CSO. Accordingly, a new publication, “EnviStats-India” was released by CSO in March 2018, replacing the two publications – “Compendium of Environment Statistics” and the “Statistics related to Climate Change”. It is based on the FDES 2013 framework, covering 84 of the 100 indicators in the Core Set and 44 and 6 of the Tier 2 and Tier 3 indicators respectively. More indicators are likely to be added in the subsequent issues. The publication, using the FDES 2013 framework, provides the present status of environmental resources and conditions of environment in terms of time series/annual information wherever available. The publication aids in pointing out significant changes over the years, which can help in identifying important issues and/or areas of particular concern for policy-makers. The publication “EnviStats-India 2018” is available at following link

With the objective of developing environmental economic accounts using the System of Environmental Economic Accounting (SEEA) - Central Framework adopted by the United Nations Statistical Commission as an international statistical standard in 2012, a high level Expert Group under the Chairmanship of Prof. Sir Partha Dasgupta, Frank Ramsey Professor Emeritus of Economics, University of Cambridge, U.K. was constituted by MOSPI in 2011 with the mandate of developing a framework for green national accounts of India and preparing a roadmap to implement the framework. The Expert Group in its report titled “Green National Accounts in India-A Framework”, spelt out a roadmap with short-term, medium-term and long-term activities for implementing the Green Accounting Framework.

In line with the roadmap and with the help of an Inter-Ministerial Group (IMG), with representation from all the concerned official agencies, CSO India brought out the first official publication on environment accounts - “EnviStats-India 2018: Supplement on Environmental Accounts” – in September 2018 which gives the aggregate environment accounts for India with the asset accounts in physical terms of four vital natural resources – forest, land, minerals and water. State-wise information has been provided for assessing the aggregate changes in the cohort of environmental assets of States of India which can help policy makers identify the areas warranting focused interventions for taking remedial actions and evaluation. The publication “EnviStats-India 2018: Supplement on Environmental Accounts” is available at following link

India has been actively participating in the United Nations Committee of Experts on Environmental-Economic Accounting (UNCEEA) and London Group on Environmental Accounting in mainstreaming environmental-economic accounting and related statistics and advancing the implementation of the SEEA in countries. In addition, India has also been participating in the revision process of SEEA- Experimental Ecosystem Accounting for finalizing the extensions of ecosystem accounting concepts, methods and structure and providing practical guidance on its implementation.