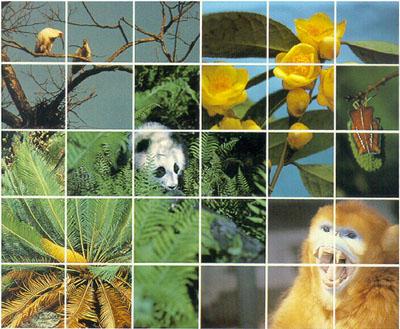 As China moves toward the goal of ecological civilization enshrined in its constitution, ecosystem accounting is providing an avenue to illuminate the critical links between the environment and economy. Ecosystem accounting highlights the often-neglected contributions of natural systems, promoting better resource management and sustainable growth. The Experimental Ecosystem Accounts under the System of Environmental-Economic Accounting (SEEA) provide the framework for developing information that supports rigorous, data-driven, and transparent decision making.

China has moved ambitiously to incorporate nature’s contribution to economic well-being into decision making processes. Its largest forest conservation programs, the Natural Forest Protection Program and the Grain-for-Green Program, represent two of the most significant payment for ecosystem services (PES) programs in the world. The programs were inaugurated after the devastating 1998 flooding of the Yangtze, Nenjiang and Songhua rivers, a catastrophe that was exacerbated by deforestation and erosion from years of uncontrolled logging.

These programs are in the context of a broad commitment to sustainable economic growth by the Chinese government. China’s president Xi Jingping has elevated the principle of “harmony between humankind and nature” to central place in the nation’s Global Vision. Most recently, the 13th five-year plan, adopted in 2015, contains an array of measures and targets aligned with the concept of ecological civilization. These include reforms to the nation’s environmental laws, significant financial commitments to green investment (including increased payments for PES) and a focus on market mechanisms, including the launch of a national carbon emissions trading market.

China’s rich stock of ecological wealth (it is home to 10 percent of world’s plant species and 14 percent of its animal species), its commitment to sustainable growth, and its experience with incorporating natural capital into decision making make it an ideal strategic partner for the “"Natural Capital Accounting and Valuation of Ecosystem Services" project. The project is funded by the European Union and supported by implementing partners the United Nations Statistics Division (UNSD), the United Nations Environment Programme (UN Environment) and the Secretariat of the Convention on Biological Diversity (SCBD) and managed by UNSD. The goal of the project is to advance the theory and practice of ecosystem accounting, producing tangible, on-the-ground improvements and generating valuable experience to inform the development of accounts across the globe. China joins four other mega biodiverse countries – Brazil. India, Mexico, and South Africa – as a strategic partner in the creation of pilot ecosystem accounts under the SEEA Experimental Ecosystem Accounting (SEEA EEA) framework. The project is emphasizing links between the accounts and critical environmental challenges to ensure the information informs actual policy choices.

In China, the project is underway in Guangxi Zhuang Autonomous Region and the Guizhou province, neighboring administrative divisions located in the south. Both areas have lower economic output and incomes as traditionally measured than China’s more developed regions, but they are rich in unique natural resources. Heavily forested relative to the rest of China, Guangxi and Guizhou contain part of the world-famous South China Karst UNESCO World Heritage Site. Besides producing a dramatic landscape that attracts visitors from around the globe, the eroded limestone geology of the karst is home to a richly biodiverse ecosystem. It is an ecologically fragile system, and historically soil erosion and desertification have been major problems. Maintaining the region’s natural capital will be essential for securing food and water security for the local population.

The two areas have completed pilot draft assessments of forest ecosystem services. Examples of the services analyzed include timber harvesting, forest recreation, carbon sequestration, forest protection (i.e. wind and shore erosion control by forest ecosystems), accumulation of nutrients, soil conservation and biodiversity. In Guangxi, initial assessments have been carried out for five additional ecosystem categories: farmland, grassland, freshwater, marine and urban. The methods behind these valuations will be benchmarked against international best practices.

The information from the accounts is planned for use in setting ecosystem compensation standards in the provinces. The ecosystem accounting pilot work is proceeding in parallel with a broader effort in China to establish “natural resource balance sheets.” These balance sheets reflect the physical and monetary stock of natural resources at the beginning and the end of a defined accounting period along with the changes in the period. Following a pilot effort in eight provinces, balance sheets for water, land, timber, and mineral resources at a national level were initiated. China completed its first National Ecosystem Assessment, spanning 2000-2010, in 2014, an effort that involved more than 3,000 scientists. Emerging from this process is an interest in developing a measure of Gross Ecosystem Product (GEP), proposed by the Chinese Academy of Sciences, as an indicator for natural capital. There are opportunities for collaboration and mutual learning between SEEA EEA and GEP efforts that will be explored in the course of the project.

The project has already generated valuable lessons for ecosystem accounting worldwide. As Guangxi and Guizhou continue their work, they can offer lessons to other regions and countries facing similar challenges. China’s systematic and comprehensive approach can be a valuable example for other large countries contemplating adopting the SEEA EEA approach.