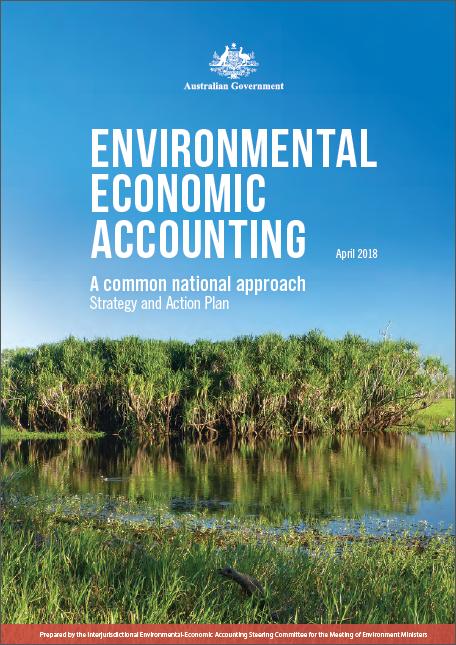 Despite the great gains made, environmental-economic accounts have not reached their full potential in the Australian context. This has been largely due to the use of disparate account development approaches, a general lack of coordination between agencies and the often piecemeal way in which accounts have been developed with limited policy application in mind. To rectify this issue, the Australian Government, in collaboration with state and territory governments, has developed a National Environmental-Economic Accounting Strategy.

The strategy looks to build on the considerable work to date to achieve nationally consistent implementation of the United Nations System of Environmental-Economic Accounts (SEEA), as well as develop a set of coherent, comprehensive and integrated national SEEA accounts. The ultimate objective is to develop accurate, reliable and relevant accounts which can be used to inform decision making across all sectors of Australian society.

Given the multiple sectors and varying priorities that the accounts seek to inform, the strategy allows for a flexible approach to be taken to its implementation, so as to accommodate a range of needs. Further to this, the vast landmass of Australia comprises diverse natural environments and unique ecosystems, each with its own environmental challenges. In recognition of this, the strategy avoids mandating a prescriptive approach to account development, instead allowing for each jurisdiction to pursue accounts which are fit for purpose and appropriate to their own circumstances. Where like accounts are developed by different governments, the strategy will ensure that they adhere to agreed standards, principles and methods so that they are comparable and compatible with each other.

A feature of the common national approach is that accounts will continuously evolve and improve in consistency and quality over time as expertise and capability further grows. Governments have recognised that it will take several years of collaborative effort and capacity building within government and across sectors before the strategy’s objectives are realised and that the strategy is but the first step in a journey to reshape environmental management and economic decision making in Australia for a more sustainable future.